The Psychology of Violence with Amy Rivers

Board members Chris Goff and Jeff Lockwood invite RMMWA members (and partners) for a day in Wyoming, Saturday, June 22nd, to extend the reach of our mystery writing community into the rarified air of Laramie (attention Denverites: we are really a Rocky Mountain high at 7200 feet). Laramie is about a 2½-hour drive from Denver. Taking I-25 to Fort Collins and then Highway 287 from Fort Collins to Laramie is a rather pretty way to go. 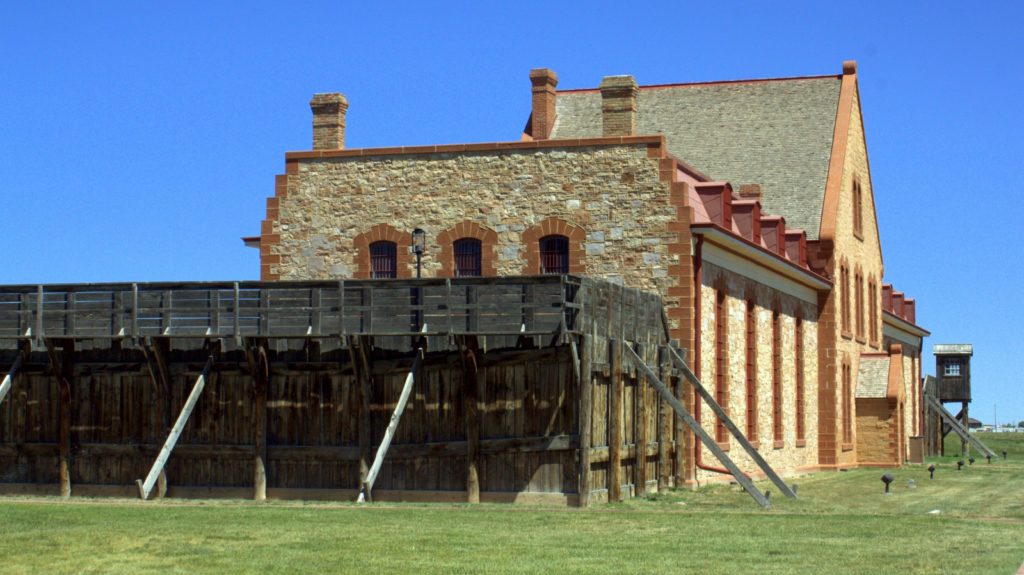 Our day will begin with a special, 2-hour group tour of the Wyoming Territorial Prison on the outskirts of Laramie. We’ll convene at the entrance at 10:00. The prison once held Butch Cassidy, and those who have an interest in the twisted crimes and gruesome punishments of the frontier are sure to find some darkly enchanting material for stories.

At 12:30, we will gather at the Altitude Chophouse and Brewery in downtown Laramie for lunch (individuals will pay for their own food/drinks), where we’ll be joined by NY Times best-selling author of smart historical fiction, Tasha Alexander, and her husband, mystery/thriller author Andrew Grant.

After lunch, we’ll walk a couple blocks over to Second Story Books former brothel converted into Laramie’s finest, independent bookstore. There, Andrew and Tasha will be joined (we hope—the plan is still in the works) by best-selling author Lee Child (Andrew’s brother). That intriguing conversation/interview and book signing is open to the public.

The cost for this day of incarceration, mastication, and rumination is FREE (not including your gas and lunch, of course). However, to arrange the prison tour (the cost is being covered by RMMWA), we need an accurate head count. So please RSVP directly to Jeff Lockwood by June 17 to pre-register for this day on the high plains. And, when you RSVP, also indicate whether you are interested in attending an end-of-the-day dinner cookout provided by RMMWA, which would mean staying overnight or getting back on the road at perhaps 7:00 or later.

Secrets of a Bail Bondsman

Do you have a character that needs to be bonded out of jail? Or a cop, lawyer, judge, or other characters that must interact with the bail bond system? Here’s your opportunity for a peek into the day-to-day life of a bail bond agent. How do agents land clients, how do they choose which potential clients to take on or turn down? What’s the process for bailing out a person? What if a client skips? What are the fees and how do agents determine collateral? What is their relationship with the rest of the judicial system? Our guide into this murky and controversial world will be one of Denver’s veteran bail bond agents, Dave “Red” Widhalm, owner of Red’s Anytime Bail Bonds, located on Denver’s Bail Bonds Row, a handcuffs throw from the Denver City Jail. He has many fascinating stories to tell us, so don’t miss it.

Fire and water drastically change the appearance of a human body. And both elements can both hinder and assist the investigator during criminal investigations. Within minutes insects can detect a decedent’s location and start to feed, yet DNA collected from a maggot’s digestive tract can help identify a victim. This workshop will be a down-and-dirty glimpse of how two elements and various insects interact with a body after death. 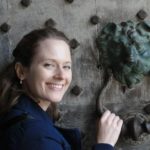 Tracy Brisendine’s invisible pet dinosaur landed her in the principal’s office in second grade, and it has been a rollercoaster of adventure ever since. At work, she dances with death and has the honor of recording the last chapter of people’s lives. When not working, Tracy is crafting fantastical stories from the safety of her home. Tracy lives in colorful Colorado with her wonderful spouse and adorable dogs. She has worked in law enforcement for over a decade and is an accredited death investigator through the American Board of Medicolegal Death Investigator and the Colorado Coroners Association.

Authors with varied publishing backgrounds will discuss their social media strategies and experience. Please join them as they share their ideas on internet networking and book promotion. Audience participation and questions are welcome. 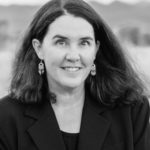 Cynthia Kuhn writes the Lila Maclean Academic Mystery series: The Semester of Our Discontent, an Agatha Award recipient for Best First Novel; The Art of Vanishing, a Lefty Award nominee for Best Humorous Mystery; and The Spirit in Question. She is professor of English at Metropolitan State University of Denver and member of the multi-author blog Chicks on the Case. 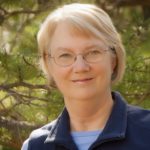 Margaret Mizushima is the author of the Timber Creek K-9 Mysteries, which includes Killing Trail, Stalking Ground, Hunting Hour, and Burning Ridge. Her books have garnered a Reader’s Favorite gold medal, a TopShelf Indie Book Award nomination, and have been listed as finalists in the RT Reviewers’ Choice Awards, the Colorado Book Awards, the International Book Awards, and the Silver Falchion Awards. Margaret lives in Colorado and serves on the board for RMMWA as Social Media Director. 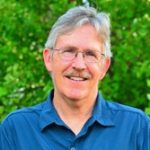 Bruce Most loves to read and write classic whodunits. He grew up on a diet of Agatha Christie, Ellery Queen, and his grandfather’s collection of Perry Mason novels. A former freelance writer, Bruce’s first published novel, Bonded for Murder, featuring a feisty Denver bail bondswoman, Ruby Dark, was a Colorado Book Awards finalist. Rope Burn, about cattle rustling and murder in modern-day Wyoming ranch country, and Murder on the Tracks, set in 1949 Denver, won best genre novel from the Colorado Authors’ League. 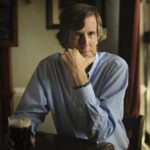 Mark Stevens grew up in Massachusetts. He was raised by two librarians. By law, he was required to grow up loving books. And writing. He writes the Allison Coil Mystery Series—Antler Dust, Buried by the Roan, Trapline, Lake of Fire and The Melancholy Howl. Trapline won the Colorado Book Award in 2016. Buried by the Roan and Lake of Fire were finalists for the same award. Kirkus Reviews called Lake of Fire “irresistible” and The Melancholy Howl “smart and indelible.” Mark was the 2016 Rocky Mountain Fiction Writers’ Writer of the Year.

Mystery & Mistletoe is back for another round of holiday cheer and delicious food.

The night will also include member readings as well as voting for and announcements of winners in the RMMWA’s Six-Word Mystery Contest! 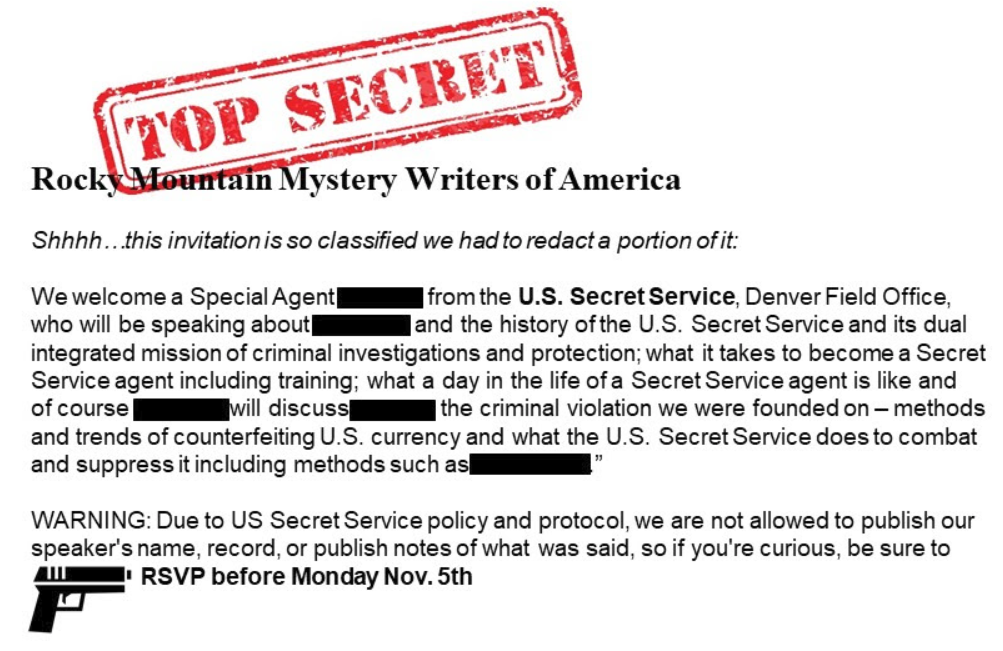 Price: RMMWA members $20, guests $25 Includes dinner and presentation
CADA, 290 E. Speer Blvd., Denver
As a consultant to films, authors, historians, and genealogy researchers, Police Sgt. Dean Christopherson will demystify the real grind and nitty gritty of real police work. In addition, Sgt. Christopherson will give us a history of law enforcement, procedures, and technology. He promises to answer as many questions as time allows.

“Much of the critical work to solve crimes is still done at an initial scene, just not so much by a patrol officer, but by a crew of highly trained specialists and detectives,” he said. 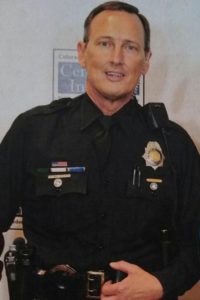 He worked as a narcotics agent for the North Dakota Bureau of Criminal Investigation, where he was on the drug task force, worked as a K-9 handler and weapons instructor, and was involved in undercover investigations, the Special Response Unit, and assisting local agencies in criminal investigations.

He also has several years’ experience as a firefighter and arson investigator, and has moved into restaurant and nightclub operations, owning and operating two locations and developing several more.

Non-members are welcome! Space is limited. RSVP by Friday, Aug. 31.

“Thinking–I do that sometimes before I talk.” – Walt Longmire 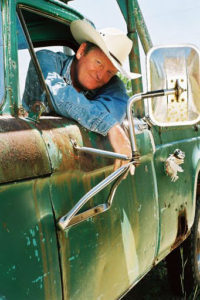 Craig Johnson is the author of the Walt Longmire mystery series, which has garnered popular and critical acclaim. Craig will be on tour for his new novel, Depth of Winter, but is making time for a special talk for Rocky Mountain Mystery Writers of America. 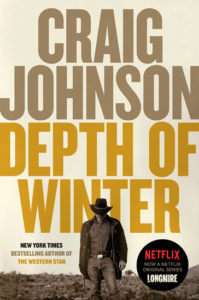 Le Prix 813. Another Man’s Moccasins was the Western Writers of America’s Spur Award winner and the Mountains & Plains Independent Booksellers’ Book of the Year, and The Dark Horse, the fifth in the series, was a Publishers Weekly Best Book of the Year. Junkyard Dogs won the Watson Award for a mystery novel with the best sidekick, and Hell Is Empty, selected by Library Journal as the Best Mystery of the Year, was a New York Times best seller, as was As the Crow Flies. The Walt Longmire series is the basis for the hit A&E drama Longmire, starring Robert Taylor, Lou Diamond Phillips, and Katee Sackoff.