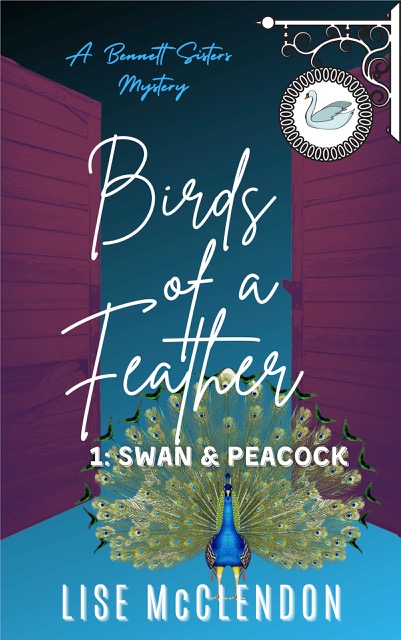 Lise McClendon is in the midst of her second trilogy spinoff of the Bennett Sisters Mysteries. Following last year’s Dead Flat series featuring wine fraud detective Pascal d’Onscon, this year sees the release of a new series Birds of a Feather.

The first installment, Swan & Peacock, is set in Wales at a country house owned by the new boyfriend of the youngest Bennett, Elise. When things get a little weird with some of the relatives Elise calls in her sisters for support. The second novel, Crazy as a Loon, releases February 8 and explores a new arrival on the scene, a loony French cousin who arrives uninvited to prepare the elaborate New Year’s Eve dinner, the réveillon. The final part of the series will release in March.