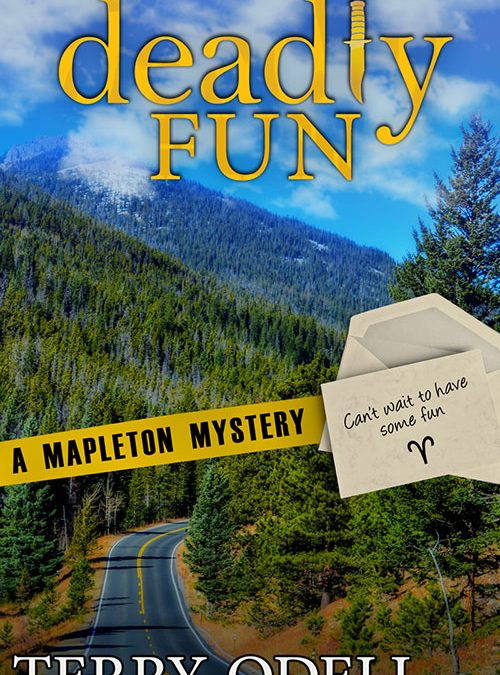 Someone is playing a game with Mapleton’s Chief of Police … and it’s deadly.

For Mapleton Police Chief Gordon Hepler, life has become predictably boring—despite being a newlywed. Being a husband is great. Dealing with nothing but parking violations, speeders, and the occasional disorderly complaint is monotonous. Gordon wonders if he’s been so busy dealing with “Chief Stuff” that he’s lost his edge as a street cop. Especially when his biggest challenges are handling the penny-pinching mayor and deciding what goes into the station’s vending machines. A few anonymous prank letters are about the only ‘non-normal’ things to hit his desk, and even those pose no apparent threat.

When a tragic car accident kills a friend, Gordon soon learns it was no accident. Determined this is the case meant to pull him out of his workplace rut, Gordon delves into the investigation. He and his colleagues uncover a string of similar murders all across the country over the last 20-odd years. Then, going through a victim’s personal effects, Gordon discovers the same type of anonymous letters that he’s been receiving. Now it’s a race against the clock to find the killer before another victim is chosen.

Or is Gordon the next casualty on the killer’s list?